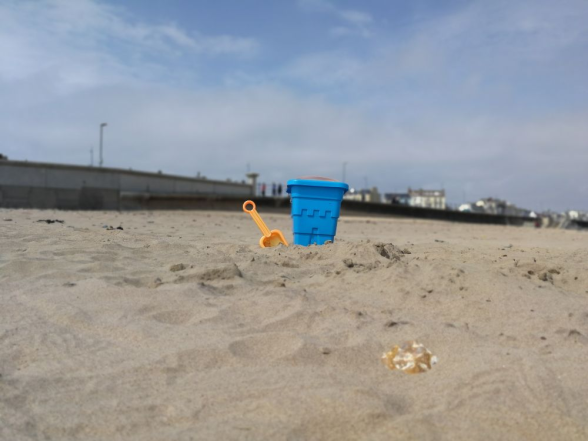 Apart from air and water, sand is the most used natural resource on our planet.  We can’t take sand for granted, as it is a precious commodity, and it will not last forever.  Climate change has forced coastal communities to constantly replenish their beaches with dredged-up sand because of erosion from storms and tides and a rising sea level.  Eventually, we will run out of sand and then kids will have to dig in the mud with their sand shovels and sand buckets.  A beach can be made up of small smooth pebbles, cockle shells, coral-like fragments, or mud, but there is nothing like a beach that is full of glorious sand.  Sandy beaches are easy on our eyes, and they feel great on our feet.  Scientists estimate that Earth contains anywhere from 5 to 10 sextillion (10 to the 21 power) grains of sand on all the beaches, and deserts, so we could go with an average of 7.5 sextillion grains.  Some astronomers estimate that there are up to 200 sextillion stars in the universe, making Carl Sagan correct with his assumption that there are more stars in the universe, that grains of sand on Earth.  It is almost impossible to count the number of sand grains in a teaspoon, so we need to make estimates based on cubic volumes of measurement and average grain size and then multiply and add to get an answer. 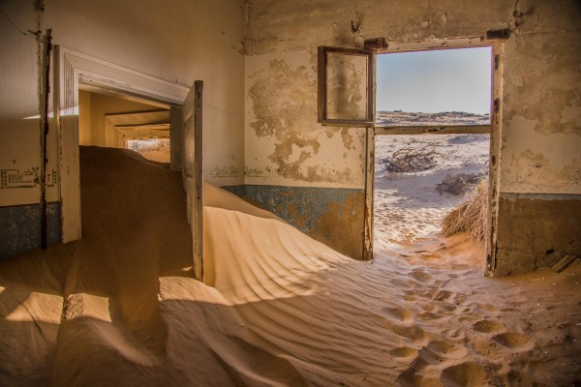 Sand and dust storms are common meteorological hazards in arid and semi-arid regions.  People can literally be buried alive by desert sandstorms and when precipitation is unusually low in a dry year, huge amounts of loose sand will be picked up by the winds and cause havoc.  Swirling clouds of sand and dust can choke and temporarily blind anyone who is unlucky enough to get caught in one.  When wind begins to blow across a sandy, dusty surface, the lightest particles won’t be the first ones to move, because much of the dust is either stuck to larger particles or tucked between them.  But when sand grains start to bounce across the surface, they strike other grains and shake loose the dust, which then rises into the air just above the ground.  All that bouncing and jostling also generates static electricity, where larger sand grains typically lose electrons to the lighter dust particles, giving the dust a negative charge.  The dust particles are blown higher into the air more readily, whereas the now positively charged sand grains usually remain closer to ground level.  That separation of charges creates an electric field that may help electrify some of the dust still bound to sand grains, thus boosting even more of it into the air.  Dust storms are also called “haboobs” and they are unexpected, unpredictable and they can sweep across desert landscape at any time becoming miles long and thousands of feet high.  Dust storms can kill your livestock and your homes can be ravaged by sand.

23 thoughts on “Piles of Sand”