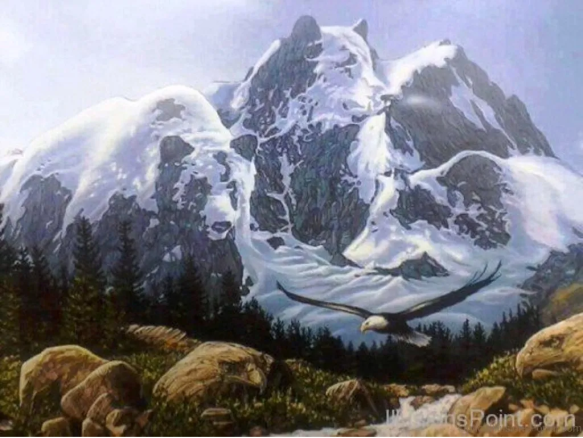 Bear Mountain got its name because it gives off the illusion of two bears intimidating a wolf, who has no business being in their territory.  Is it just a deception, or are there bears lurking beneath the surface of these hills?  I can clearly see the bears, as they are not hiding, but this picture contains more than meets the eye, and sometimes the most shocking things are hiding in plain sight.  Papa bear is ignoring the wolf, as he does not see him as being a threat, but mama bear does not want him around her cubs, so she is getting ready to charge at the wolf to run him off.  Wolves have been known to kill bears occasionally, but only the young, the old or ones that are in a weakened state.  A lone wolf wouldn’t stand a chance against a full-grown bear, and even when they are part of a pack, wolves are leery when it comes to taking on a bear.  One swat and that wolf would be dead, and bears are not known to take shit form anyone.