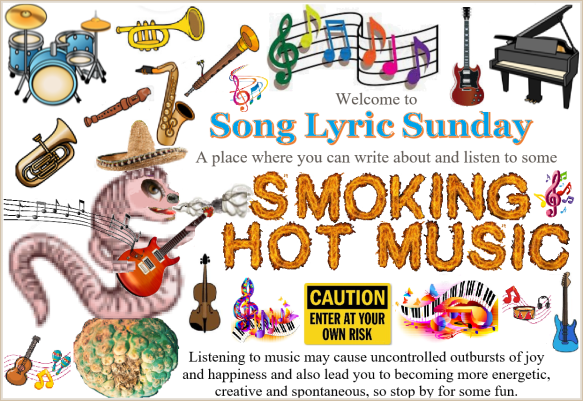 When uncontrollable anger becomes violent, this is called intermittent explosive disorder and this may involve repeated, sudden episodes of impulsive, aggressive, violent behavior or angry verbal outbursts in which you react grossly out of proportion to the situation.  When I was very young, I can remember throwing some temper tantrums in the grocery store, when my mom told me to put the candy back that I placed in her shopping cart.  She must have taken some psychology courses, because she would just walk away from me and leave me alone crying on the floor with everyone staring at me wondering who is this brat, till I realized that I wanted my mommy and when I finally located her, I felt regret and embarrassment.  I don’t think that I ever became hostile, but I was frustrated, irritated and mad.  Some people can become furious and if they are provoked, they will seek revenge.

Last week we had Adapt or Become Obsolete where the theme was songs that feature lyrics associated with electronic communication devices (pagers, iPhone, Android, fax machine, computer, TV) suggested by Amy Braun, ai love music aisasami.  This week the theme is songs that feature lyrics of Anger, Frustration, Furious, Irritated, Mad, Provoked, Revenge suggested by Amy Braun, ai love music aisasami.  Take some time to read the posts of other bloggers who respond to this music challenge, and even better, read as many of them as you are able to as you will probably find many enjoyable songs and it is quite possibly that you will learn a thing or two.  Share your music with others and post a video, try do some research and let everyone know something about the song that you post.  Tell everyone why you like the song, whether it was a hit, or what you think the song is about.  Show the lyrics, let’s all listen to our favorite songs and explore some new music.  Try to find a song that fits the theme, then write your post and create a pingback, or you can just place your link in the comments section.

Here are the “rules”:
• Try to use the prompt words or at least conform to a general theme, as you see it.  If the song you select does not meet the criteria, then please explain why you chose this song.
• It would be good if you could post the lyrics to the song of your choice, as this is helpful for the people that want to follow along with the music.
• Please try to include the songwriter(s) – it’s a good idea to give credit where credit is due. It would also be a good idea to give credit to the singer and the band associated with your song.
• Your post can be as long or as short as you want it to be, but please try not to include too many videos as that just makes it take longer to look at all of the other posts.
• Link to the YouTube video, or pull it into your post so others can listen to the song.
• Ping back to this post or place your link in the comments section below.
• Read at least one other person’s blog, so we can all share new and fantastic music and create amazing new blogging friends in the process.
• Feel free to suggest future prompts.
• Have fun and enjoy the music.

I am writing about the song ‘Revenge 2’ by the Eurythmics today.  Next week, I will be writing about the Grateful Dead song ‘Believe It Or Not’.  The upcoming prompts will be:
January 2, 2022 – Entertainment, Circus, Show suggested by Melanie B Cee of Sparks From A Combustible Mind
January 9, 2022 – Concern, Fear, Fret, Worry suggested by Fandango of This, That and the Other
January 16, 2022 – Bomb, Gun, Knife, Weapon
January 23, 2022 – Tribute songs written in memory of someone