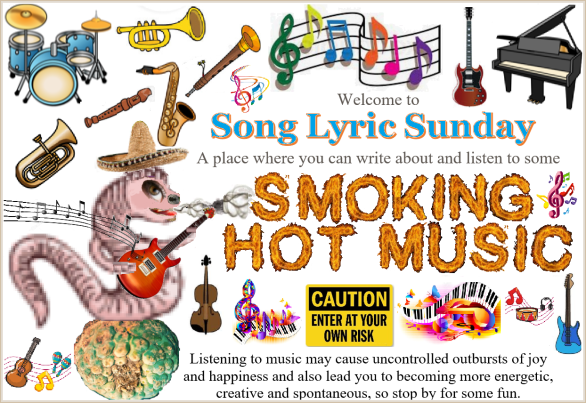 ‘I Wanna Grow Up to Be a Politician’ was written by Roger McGuinn and Jacques Levy who was an American songwriter, theatre director and clinical psychologist.  This song was released in 1971 on the Byrds tenth album Byrdmaniax, which received very bad reviews.  In 1969, Roger McGuinn and friend Jacques Levy conceived of a play that would be based on Henrik Ibsen’s Peer Gynt.  Ibsen was one of the founders of modernism in theatre and he is also called the father of realism.  Peer Gynt tells the story of the downfall and subsequent redemption of a Norwegian peasant anti-hero.   The musical was to be titled Gene Tryp, an anagram of the title of Ibsen’s play, and would loosely follow the storyline of Peer Gynt with some modifications to transpose the action from Norway to south-west America during the mid-19th century.  This was the second Gene Tryp song included on the album and the hero, Gene Tryp, runs as a presidential candidate.  The song found a second lease of life away from the confines of Gene Tryp, however, when its satirical lyrics found favor with America’s radical youth, who were rebelling against the Nixon administration during the early 1970s.  Ultimately, Gene Tryp was abandoned because it ran out of financing, so it never reached Broadway and a handful of the songs that McGuinn and Levy had written for the project would instead see release on Untitled and its follow-up, Byrdmaniax.

Twenty-six songs were written for this musical, with ‘Chestnut Mare’ probably being the most popular of them, even though it barely made a ripple on the charts, the song soon became one of the Byrds’ best-loved originals.  It was intended for a scene in which the lead character in the musical attempts to catch and tame a wild horse.  McGuinn wrote most of the melodies for these tunes, while Levy was primarily the lyricist, coming up with an idea for a poem and pretty much written out and McGuinn would work out the tune for it.

Byrdmaniax peaked at #46 on the Billboard Top LPs chart, but it failed to reach the UK Albums Chart.  It remains one of the Byrds most poorly received album releases at a time of renewed commercial and critical success for the band, due to the positive reception that their two previous albums, Ballad of Easy Rider and (Untitled), had received.   Byrdmaniax did much to undermine the Byrds’ new-found popularity.  McGuinn brought in lots of session players for this album and Larry Knechtel played piano on this song.  This song also featured a saxophone and a marching band.

The Byrds formed in Los Angeles, California in 1964 and they underwent multiple lineup changes throughout its existence, with frontman Roger McGuinn (known as Jim McGuinn until mid-1967) remaining the sole consistent member.  Roger McGuinn, Gene Clark, Michael Clarke David Crosby, and Chris Hillman were inducted into the Rock and Roll Hall of Fame as the five original members of the Byrds in 1991.  In 1977, McGuinn joined fellow ex-Byrds Gene Clark and Chris Hillman to form McGuinn, Clark & Hillman.  Clarence White is revered in bluegrass circles for his cutting-edge work as soulful lead guitarist in the popular West Coast band the Kentucky Colonels.  In 1968, musicians Gene Parsons and Clarence White invented a device that was originally called the Parsons/White Pull-String, later renamed the StringBender, and is now best known as the B-Bender, because this guitar accessory enables a player to mechanically bend the B-string up by as much as a minor third.  Gene Parsons played in the Nashville West, the Flying Burrito Brothers, and Parsons Green.  Skip Battin was a member of the Byrds, the New Riders of the Purple Sage, and the Flying Burrito Brothers.  Gram Parsons who is not related to Gene Parsons was in the Byrds only for a few months, and he left the band when they were going to be on a tour of South Africa, allegedly because he was opposed apartheid.  Chris Hillman left the band shortly after him, and the duo formed the Flying Burrito Brothers in late 1968.

I’ll open my door, I’m charging no admission
And you can be sure, I’ll give you my hand
I want to grow up to be a politician
And take over this beautiful land

I’ll make you glad, you got me in with everything I do
And I’ll defend until the end, the old red white and blue
I want to grow up to be a politician
And take over this beautiful land

Written for Song Lyric Sunday where the theme is Fraud, Hypocrite, Phony, Pretender.