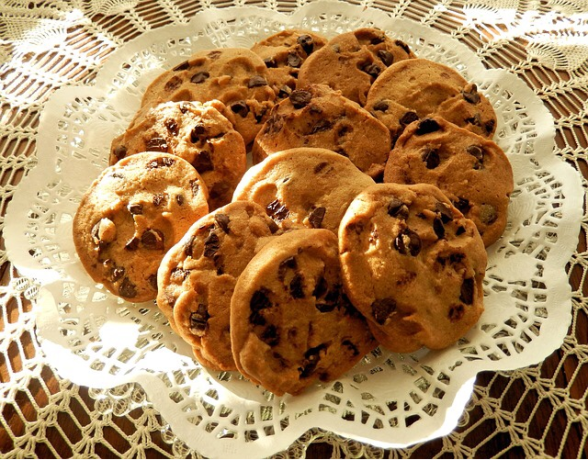 There was a batch of cookies sitting on the dining room table and Tom wondered what was up, because he knew that it wasn’t his birthday.  He saw his wife Judy and he asked her why she baked the cookies and she said that they are all for him to entice him to take her to get the Covid vaccines that they were now giving out.  Tom didn’t want to go; he didn’t think that the shots were necessary and it was a 3-hour ride just to get to the clinic.  He was good at social distancing and he always wore a mask when he was out of the house, so he felt that he could wait till this whole craze settled down, as he had read that the demand is high among seniors like him and Judy, because they are among those most at risk for severe illness from Covid-19.  Pence was put in charge by our illustrious leader and he handed off the ball, letting it become the individual State’s responsibilities.  Florida Gov. Ron DeSantis drafted a manual that tells how vaccines should be stored and handled, but there is nothing in the plan that tells people where to go and when to get their shots.  DeSantis basically washed his hands on this whole thing and he will let the counties figure this part out.  We were told the vaccines would be coming, but actually getting the vaccine is not easy.

Tom was a lighthouse keeper and Judy never baked him cookies as they made his blood sugar sky rocket because of his diabetes, but Tom could not resist them and they packed up the car to head to the clinic.  Being a lighthouse keeper was what Tom always did because he enjoyed solitude and a long ride in the car with his wife was not a good thing, as she had a tendency to nag him.  Tom turned on the radio and the newscaster was saying how pissed off Trump became when the PGA announced that they were canceling a tournament at his Bedminster club next year.  This decision was made after last week’s violent attack on the US Capitol by trump supporters.  Tom played golf and he made up his mind never to play at a Trump resort or even visit one from now on.  Judy complained about the news and made Tom find a station with music.  Tom found a nice station and it was playing the Cat Stevens song ‘Moonshadow’, so Tom started singing, “If I die from Covid-19, I won’t have to turn the lights on anymore.”

They arrived at the clinic and waited on this line of cars that had formed, until the police pulled up behind them and told them that this was not the vaccine line and that there would be no shots administered today.  The cop said that they had to check the internet to see when the clinic would open up again.  Judy suggested that they go out for pancakes and then check into a hotel room where they could find out more information about how this worked, because she was not leaving without getting her shot.  Tom was happy about the pancakes, because Judy never let him have them at home, so this was a treat for him.  They checked into a hotel across the street and this nice man with a laptop who logged on to the county website and told them when the clinic would open up again.  They bought him a martini for helping them out.  Tom started singing, “I’m being followed by a moonshadow, Moonshadow, moonshadow.  Leaping and hopping on a moonshadow, Moonshadow, moonshadow.”