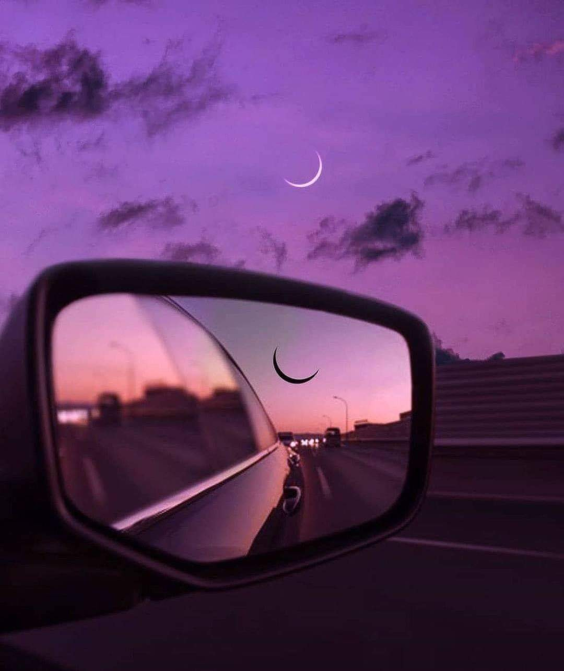 Jeff said, “I really like your new wheels Craig, this ride is far out.  The one thing that I don’t understand is why am I seeing this crescent moon that is straight ahead of us, but when I look in the rear-view mirror, I can see the same moon only reversed in angle and it is black instead of being white.  How can the moon be ahead of us and behind us at the same time?   Mirror images are usually seen as being flipped horizontally, and not vertically, so “Food” in the mirror, would reads as “dooF”, with the letters being backwards, but the reality is that the mirror isn’t flipping things horizontally or vertically at all, it’s actually flipping them along the z direction.  Why would the mirror invert the image colors, that makes the least sense of all?”  Craig replied, “I think that you may be flipped in the z direction, as I told you to only to take one of those green and purple pills.”