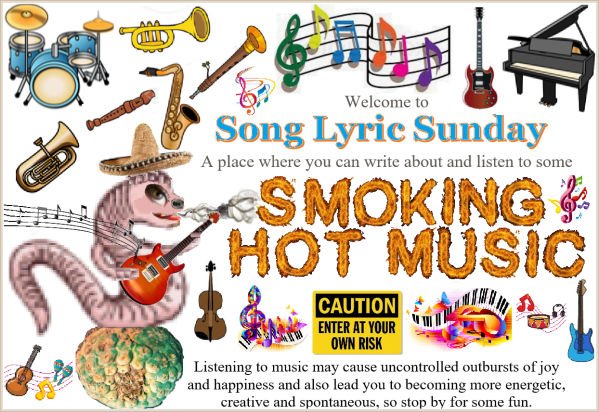 The Bob Dylan song ‘The Wicked Messenger’ was released on his eighth studio album John Wesley Harding from 1967 and it contains a plethora of Bible references.  In 1967, Bob Dylan began to read the Bible on a daily basis, and he was particularly drawn to characters in the Old Testament.  Most critics see ‘The Wicked Messenger’ as being Dylan himself, whose mind “multiplied the smallest matter”, because he often questions things.  Bob Dylan broke into the public consciousness in 1962 with ‘Blowin’ in the Wind’, where he asks, “How many years can a mountain exist, before it is washed to the sea?  How many years can some people exist before they’re allowed to be free?  How many times can a man turn his head and pretend that he just doesn’t see?”

Dylan uses images from the Old Testament to create a wonderful, dense, and occasionally funny song, and the priest Eli can also be found in the Old Testament.  Dylan skillfully merges the religious with the secular in this song, which can be seen as one of the first major hints at the author’s own conversion to Christianity.  The tune is simple, but the lyrics are confusing as in the Biblical story about Eli there is no mention of him sending a messenger.  The lyrics say that a wicked messenger was sent by Eli and he appears from nowhere, delivering a short cryptic message which opens up his heart.  The advice of “if you cannot bring good news, then don’t bring any” is very similar to “if you can’t say anything nice, then don’t say anything at all.”  I think the messenger is seen as being wicked because he is the barer of bad news and sometimes messengers do get shot.

Not much is known about Eli’s early life, but he was from the tribe of Levi and he was a descendant of Ithamar, who was the fourth son of Aaron, the priestly brother of Moses.  Eli was the high priest at Shiloh, which was about ten miles north of Jerusalem.  Shiloh was the center of religious life, as this was the place where the Ark was kept.  The Ark of the Covenant was the sign of God’s presence and it held the hope of Israel.  The sons of Eli, Hophni and Phinehas, served as priests in the temple, which made them leaders in the community, but they were dishonest, disrespectful and downright dastardly scoundrels.  Their wicked behavior was a mockery to all of the people going to the Temple to worship Yahweh.  Eli’s sons had no regard for the Lord, they acted like Canaanites, using maidservants as temple prostitutes, doing whatever they felt the urge to do, and all the people of Israel knew what was going on.  They had each committed adultery with numerous women at the entrance to the sanctuary and they began to exploit those who came to make offerings at the Temple, by taking the prime cuts of meat from sacrifices for themselves.  They started helping themselves to whatever part of the sacrifice they fancied, including the fat, which no human was supposed to eat, as this was always reserved for the Lord.

God prepared Eli for the judgment of his son’s wickedness, by sending the prophet Araunah to let Eli know that he would be blamed for his sons’ misconduct and God tells Samuel to tell Eli that that both of his sons will die on the same day.  Eli rebuked his sons, but he was not stern enough and he was unable to stop them.  Eli exercised poor judgment by allowing his sons to remain in the Holy Temple and defile it and this brought about the disgust of the people, and condemnation from God.  Eli’s whole family was wiped out in a single day.  When Eli heard the news that the Philistines captured the Ark of the Covenant, he fell backwards, and broke his back.

There was a wicked messenger
From Eli he did come
With a mind that multiplied
The smallest matter
When questioned who had sent for him
He answered with his thumb
For his tongue it could not speak, but only flatter

He stayed behind the assembly hall
It was there he made his bed
Oftentimes he could be seen returning
Until one day he just appeared
With a note in his hand which read
The soles of my feet, I swear they’re burning

Oh, the leaves began to fallin’
And the seas began to part
And the people that confronted him were many
And he was told but these few words
Which opened up his heart
If you cannot bring good news, then don’t bring any

Written for Song Lyric Sunday where the theme is Cruel/Evil/Horrible/Monster/Wicked.