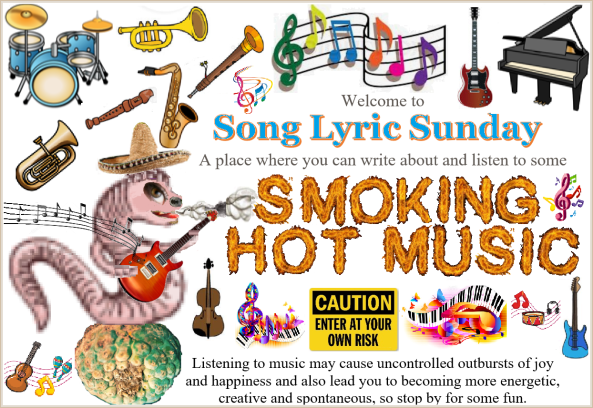 ‘Walk in the Sunshine’ was written by Weir and Barlow and it was recorded on Bob Weir’s 1972 solo album Ace, but it was never played live by the Grateful Dead.  John Perry Barlow said that he stayed up all night with Frankie Weir, who fed him Wild Turkey and cocaine and made him write the fairly dreadful song ‘Walk in the Sunshine’.  He also wrote a song based on Pär Lagerkvist’s The Dwarf called ‘The Dwarf’ that included the insensitive lyrics “I’m not a tall man / I’m a small man”, which was about a horrible little Renaissance court dwarf who had no one’s interests at heart.  The main character in the Lagerkvist novel was a very twisted little man who was able to manipulate everybody in power around him.  Barlow gave this song to Bobby first, and Weir was greatly relieved when John showed him the only slightly less terrible ‘Walk in the Sunshine’.

Barlow’s father died the night before this was written, and he was under pressure to complete another song for this album and get back, but he was feeling burnt out, and he wrote the first thing that came into his head, and he knew it was terrible.  Barlow thought this song carried a message that came straight out of a greeting card and he compared this song with the advice that is given in Max Ehrmann’s Desiderata, only not being as good.  He was embarrassed with what he wrote and he figured that the only way he could get Weir to do it was to write something that was really twisted and perverse that would make the sunny sentiments of ‘Walk in the Sunshine’ seem much more palatable, so he wrote that song ‘The Dwarf’, which of course Bob hated.  This is a very cheerful song and nobody needs to have that much sunshine in their life, so this song would be more appropriate in Mr. Rodgers Neighborhood, than it would be at a Grateful Dead concert.

Weir remained single throughout his years with the Grateful Dead, although he lived for several years (1969-1975) with Frankie Hart.  Hart had been a go-go dancer at the Peppermint Lounge in New York, she also had worked in Apple Records American marketing department, and had performed on the 1960s TV shows Hullabaloo and Shindig!.  She was allegedly the inspiration for the Robert Hunter, Bob Weir song ‘Sugar Magnolia’, being the one who “Waits backstage while I sing to you”.  Weir made her acquaintance through Mickey Hart, who dated her briefly.  Mickey met her following her first Grateful Dead show in New York in 1968.  Her real name at that time was Frankie Azzara (from a previous marriage), and she changed her stage name to Frankie Hart borrowing Mickey’s last name.  Although she and Weir never married, she adopted his last name after moving in with him and was subsequently known as Frankie Weir.

Look out, ‘cause here comes some free advice

I ain’t preaching, ‘cause I don’t know
How to make fast things move along slow
I can’t stop it, I can’t make it go
Just ‘cause I say it, that don’t mean that it’s so

Watch what you hear now
Make sure it’s clear now
Just ‘cause it’s said, that don’t mean that it’s true

I ain’t burning
Lord, I’m still only learning
How to become a man of my own
I ain’t crazy, nor am I lazy
I just want to find out what’s right and what’s wrong

Written for Song Lyric Sunday where the prompt is Clear/Dark/Light.