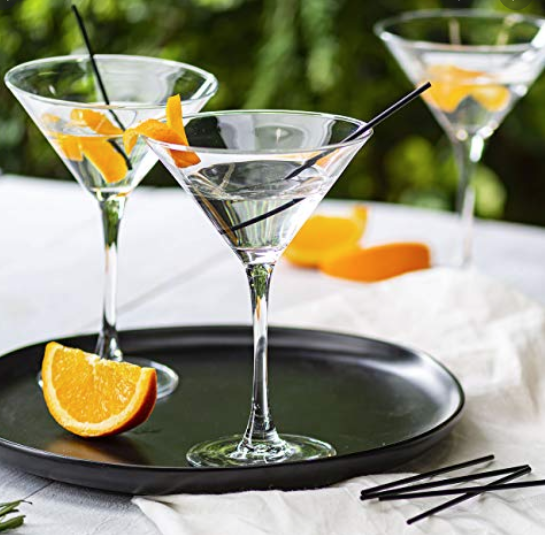 I always enjoyed flirting, but I never had any cheesy lines prepared like “coffee, tea or me” and I think that only a sexy girl could pull that one off.  One thing that I dad say was, “If you don’t have any fat, you don’t have any fun”, and this was not meant to make fun of skinny people, it was more in support of living a life without restrictions.  This philosophy allowed me to be myself and eat what ever I wanted, whenever I wanted and, in some countries, having a big belly was considered to be a sign of prosperity, before Jane Fonda got everyone interested in exercising.

I never had a line like, “The name is Bond, James Bond”, or “shaken not stirred”, but I did drink mixed drinks when I went out to clubs instead of beer, because I thought that was more sophisticated and it might impress the ladies.  Mixed drinks are sometimes referred to as cocktails, and my drink was either Tangerine and tonic or sometimes I might switch off to Smirnoff vodka with Coke.  All these drinks featured stirrers and all of my friends, who might be classified as drunks practiced this stirrer superstition, about deriving good luck from them, which I will explain.  The stirrers were in all the drinks to keep them mixed as the ice melts, but my drinks never lasted long enough for the ice to melt, so the stirrers were sort of useless to me.

The good luck comes from being able to bend your stirrer exactly in half using your thumb and forefinger, so that both tips touch each other, and then this was the sign that you would get lucky that night.  I bent a whole lot of stirrers back in the day and then it happened, and I was to get lucky this night.  I guess that even a blind pig finds an apple every now and then, but I was elated that this was to be my night.  The way I viewed getting lucky was that it meant that I would meet someone and it actually had nothing to do with actually having sex, but being a guy I always tried to get to first base and it would have been even better if I could manage to touch all the bases and arrive at home plate.  I had gone to the club with a buddy of mine, but we had split up and we were mingling with different people at this point.  I looked for him in the crowd to show him my lucky stirrer, but since I was not able to locate him, I just stuffed the stirrer in my shirt pocket.

I met these two girls out in the hallway away from the band where it was a bit more quiet and you could actually talk to people when one of them asked me what time it was, and I told them the time and I showed them my lucky stirrer.  They each told me that they had boyfriends, but they were both kind of cute, so I stuck around to keep chatting with them.  I remember rambling on about a satellite system that I was designing, which would beam the correct time into everyone’s watch and all the clocks for that matter.  I explained how nice this would be if everyone had the exact same time and then I went on to enlighten about how much time this would save when you had to set all the clocks forward or backwards each year.  These girls thought that I was brilliant and then one of them said that since I was able to express myself so well, why was it that I didn’t have a girl friend?  Cute is one thing, but cute and annoying is something else and I did not need that, so I told her that she made a good point and then I left them to find love.

My drink was empty, what a lush I was, so I went to the bar to get another, however the club was crowded and with all the thirsty people there, I could see that it would take a while before I was able to get the bartenders attention.  I knew all about tipping and I knew that if I could edge my way close enough that the bartender would recognize me as a preferred patron.  While I was waiting and watching the band, someone behind me tapped me on the shoulder.  When I turned around this girl held up this belt and asked me if it belonged to me.  I had no idea why I grabbed it, but I told that girl that it would never fit me and my best guess was that it belonged to some chick.

Now I am still several people deep, before I actually can get to the bar and besides having my empty glass in my hand, I now also had this stupid belt.  I was determined to get rid of it, so I asked a girl standing nearby me if it was her belt.  She was really cute and she had a pink feather in her hair.  She put both of her hands on her hips and swiveled from side to side and then she announced that it was not her belt, because she was wearing her belt.  I thought that she looked so cute sashaying there right in front of me, so I reached through a crowd of people to place my empty glass on the bar, it is always good to have long arms and then I dropped that stupid belt and it emerged into an abyss of oblivion, never to be seen again.  Well the sweeper probably got it the next day and then I smiled at her and I grabbed her hand and said, “Let’s dance.”  If it was not for that stupid belt we would never have met and it just goes to show that you never know when you will get lucky.

Written for Linda G. Hill’s Stream of Consciousness Saturday where the prompt is to find a flirty phrase like “coffee, tea or me”.