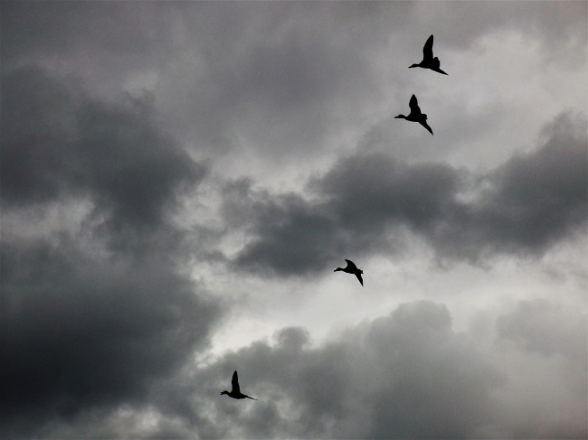 In the Koran, Abraham questioned Allah as to how he would give life to the dead.  Allah told Abraham to take four birds, tame and train them so that they depend on you, slaughter them, cut them into pieces and the set a portion of them on each hill, then call them and they would come flying to you with haste.  Maybe I have gotten this all wrong, as for me the Koran is not very easy to read, but it seems like a very similar story is being told in Genesis.  The descriptions of Abraham’s life as found in the Koran are strongly influenced by Jewish traditions, as they both incorporate Abraham’s disputes with his idol-worshipping father and his conflict with the wicked king Nimrod who cast him into a fiery furnace.

Abraham was told by God that he and his offspring would possess the land as God had promised, and when he requested some reassurance the Lord told Abram to bring five specific animals before Him, which Abraham did.  Abraham carries out a bloody-but-purposeful covenant ritual as he cuts the heifer, goat, and ram (all three years old) in half and he to lays each half opposite the other.  He did not cut the turtledove or pigeon in half.  The birds were able to soar up to heaven, thus representing salvation and healing and meaning the covenant could not be separated.