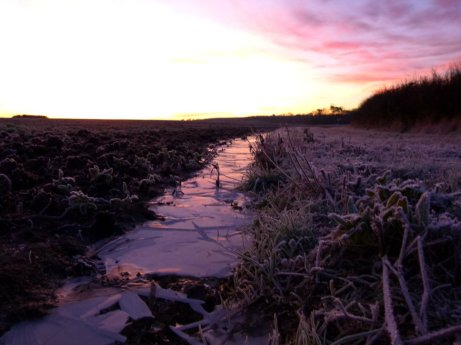 In 1969, Robert Hunter the Grateful Dead song lyricist was living with Jerry Garcia in a house on Madrone Canyon Road in Larkspur.  Their house was in a redwood grove sitting on an acre of land, with a creek running behind it, tall trees surrounding it, and the morning light would shine through the branches.  Hunter was impressed with the Band and the songwriting of Robbie Robertson after listening to Big Pink and he wanted to take the Grateful Dead in that direction for their next album Workingman’s Dead.  Hunter was inspired to write the song ‘Dire Wolf’ after watching The Hound of the Baskervilles on TV with Garcia.

This song is a dire story set in the middle of winter told by a man that sees a six hundred pound monster “the dire wolf” outside his window.  This guy had nothing to eat, so red whisky became his supper.  He says his prayers and goes to bed, but he was awakened by the dire wolf grinning outside his window.  He tells the wolf to come in, and they start playing cards.  The cards are cut to the queen of spades, which is the death card, and all the cards are death at this point.  That was the last anyone ever saw of him.  He begs the wolf not to murder him, but in the backwash of Fennario, the black and bloody mire the dire wolf is running round and he is hungry as wolves usually are.  This winter was particularly hard and cold, and being in this frozen environment, everyone was hungry all the time.  The Dire Wolf collects his due, as the other boys wait their turn singing round the fire “don’t murder me”.

That wolf outside my window is a real beast
He is probably real hungry and wants to feast
I don’t think he will be satisfied with whisky
I could invite him in, but that would be risky
I am up now, so maybe I could talk him into playing a game of cards
At six hundred pounds, he would go through all my bodyguards
Oh no not the queen of spades
I wish I had some Rolaids
That card will be the death of me
I should beg down on my knee
Please don’t murder me, I don’t even taste good
But the wolf was hungry and the man understood

Written for Paula’s Thursday Inspiration 19 where this week’s theme is window and for Sue Vincent’s August 29, 2019 Thursday Photo Prompt – Frozen.