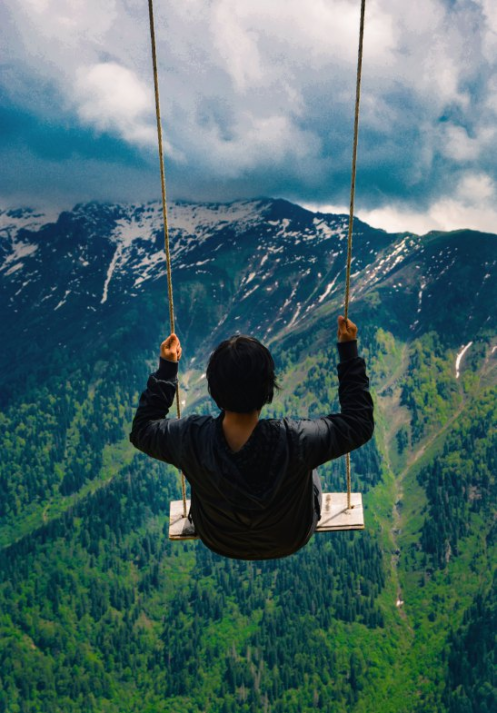 Bobby’s father was one of the elite climbers that was able to complete the Seven Summits mountaineering challenge, which involves climbing to the summit all of all the highest mountains on of each of the seven continents.  In Asia this involved climbing Mount Everest in the Himalayas, in South America he climbed Aconcagua in the Andes, in North America Denali also known as Mount McKinley in the Alaska range, in Africa Mount Kilimanjaro in the Eastern Rift mountains, in Europe he climbed both Elbrus in the Caucasus Mountain range and Mont Blanc in the Alps, on the continent of Australia and in Oceania Puncak Jaya in the Sudirman Range and Australia’s highest mountain Mount Kosciuszko in the Australian Alps, in Antarctica Vinson within the Sentinel Range of the Ellsworth Mountains.  Bobby felt that he was destined to become a respected climber as all he ever thought about was climbing mountains and in his dreams he was taking on the majestic mountains of the world, as this became his life’s passion.

Bobby grew up in the mountains and living at a high elevation gave him an advantage over many other climbers, as he had the capability to climb some of the most difficult and dangerous mountains without using the supplementary oxygen bottles that most of the other climbers required.  Bobby had this amazing ability to acclimatize, adapting quickly to a new temperature, altitude and environment which gave him an edge.  Also his family had money, so he was able to obtain the best climbing gear and he had the funding to take part in numerous expeditions which are expensive.

Bobby was a wanderer and he could not sit still for very long and he felt naked when he was not carrying his pack or wearing his mountain-climber ice crampons lashed to his ski boots.  When Bobby was at home he would often spend time in his back yard enjoying himself looking over the mountains while sitting on his swing.  Bobby acted like a silly 8 year old boy when he was on his swing, dreaming of being immortal, but knowing that he must stay in the present because if he ever did become a famous mountain climber, that he would need to deal with any complication that arose.  The clouds were his friends and he really wanted to be swinging on a star, or travel to the moon and bring moonbeams back to his home in a jar.  He certainly did not want to be a mule and have long funny ears.  He thought that mules lacked potential, because of their small brains, but since mules didn’t have to go school, he figured that it wouldn’t be all that bad being a mule.

Bobby jumped off the swing and skinned his knee, but he was a tough kid and he was not known to complain much.  Bobby often got hungry after he was done swinging and he loved to eat pastel, a Brazilian dish that his mother made, which consisted of thin pastry envelopes wrapped around assorted fillings, then deep fried in vegetable oil, because it was so flakey and filling.  After his snack, his dad was going to take him for a ride in his jeep so he could show Bobby his climbing innovation that would make anyone look like Peter Parker.  Bobby looked at his calendar every day and he knew that next month he would make his first real climb.