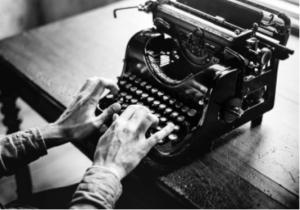 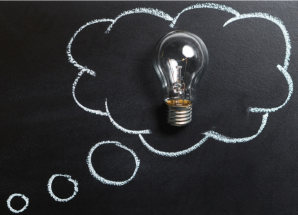 We were so young heartache to heartache we stood, we did not make promises or demands, love was a battlefield for us. For the life of me I cannot remember what made us think that we were wise and we’d never compromise.  All I could think about was that I’m too young to become a parent.  I had my whole life ahead of me, as I was just a kid myself and how the hell was I gonna raise one.  We fell in love on the back seat of that Greyhound bus and then I had to drop out of High School and everyone treated me so cruel.  How was I supposed to be able to deal with a teenage pregnancy and the curveballs that life was going to throw at me, along with the other trials, tribulations and struggles that life had in store for me being forced to raise a baby?

We were so much younger then and I am older than that now.  Looking back, I wish I had slowed down or stopped for a while to deliberate how our decisions were going to affect the rest of our lives.  I wish that I had taken the time to think that through instead of just skimming over our decision to get an abortion.  My guitar deceived me into thinking that I had to protect my candor.  That melting iceberg became my oasis, but it was neither good or bad.  I am quite clear, that my fervor for you made me believe that my life had a purpose.  For the life of me, I cannot believe we’d ever die for these sins, as we were merely freshmen.

They were doomed from the start, maybe because he did not treat her quite as good as he should have, or possibly he did not hold her when she felt lonely.  He decided to go his own way and everything went straight to hell after that as my best friend broke up with his girlfriend and then she committed suicide.  Breaking up is hard to do and I needed to gather the strength to carry on, I had to learn how to face that she was gone.  Right to the end they were friends and I am the one who is sorry now.  Love had taken a toll on my best buddy and I was willing to pay the devil to replace her.  Should I cry me a river to feel better in this Heartbreak Hotel?  Love hurts and it tore them apart and now there ain’t no sunshine since she is gone.  If your baby leaves you and you have a tale to tell, you are going to feel lonely enough to want to die.

We never moved on from these tragedies.  I could not pretend to be happy any more, and I did not want to set sail at sunset and drink rum and eat lobster and filet mignon like the Jolly Roger that I used to be.  I had become a vegetarian and sure I was avoiding higher chances of heart disease, obesity, diabetes, and many other ailments, but I was deeply depressed.  I went cold turkey on giving up meat and that meant no more bacon cheeseburgers, medium rare steaks or pepperoni pizza for me.  I developed a cataract on my right eye that clouded my vision as the light that reached my retina was reduced.  I had more than my share of experiences and I thought about writing a book to help others, as I had this uncanny tendency to attract benevolent spirits.  We were stupid to let our small teenage problems blew up the way we did and it seems like we are still paying for what we did when we were young.

Written Mindlovemisery’s Menagerie Music Challenge #29: “The Freshmen”, for Rachel Poli I Read I Write I Create – Time To Write: A Book, for thehouseofbailey Destination Dreams Scotts Daily Prompt Vegetarian, for Sheryl’s A New Daily Post Word Prompt: Benevolent, for Daily Addictions by rogershipp prompt Oasis, for FOWC with Fandango – Candor, for curioussteph Ragtag Community Marching together to inspire one another: Cataract, for Teresa’s Haunted Wordsmith Three Things Challenge, where the three prompt words are “Jolly Roger, guitar and iceberg” and for Tales From the Mind of Kristian Word Prompt Fervor.

20 thoughts on “So Many Mistakes”