Donald’s famous Nephews were named Huey, Dewey and Louie and they were a bit screwy at times, but they are not actually his nephews, they are his first cousins once removed.  The young duck triplets had identical appearances and personalities, featuring white feathers and orange beaks and feet.  Donald received a letter from his cousin, Della, just before the boys arrived which said, “Dear Donald: I am sending your angel nephews Louie, Huey and Dewey, to stay with you while their father is in the hospital. A giant firecracker exploded under his chair.  The little darlings are so playful. I hope you enjoy them. Your cousin, Della”.  Della was correct in her letter, as the appropriate name for addressing your cousin’s child is niece or nephew, even though they are actually first cousins once removed. 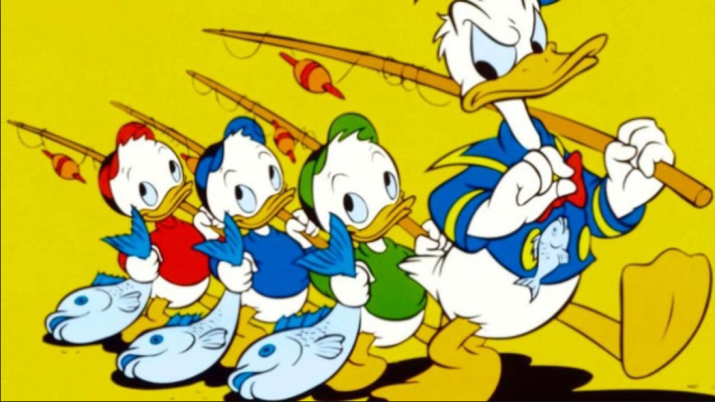 Two individuals are considered to be relatives if they have a common ancestor and therefore by definition, all humans are relatives. However, in practice, the word relative is restricted to individuals who share recent ancestors.  For example, you and your first cousin have the same grandparents, while you and your second cousin have the same great-grandparents.  With regard to DNA the term relative refers to individuals who share recent ancestors, and when it is said that two individuals are unrelated, it means that their common ancestor is 9 or more generations back.  It is thought that a substantial proportion of men in the world are direct line descendants of Genghis Khan.  Direct line would mean that they carry Y chromosomes which are only passed from father to son, that would mean that the Y is a record of one’s patrilineage.

Genghis Khan should be due some credit for being a Prolific Lover as this fearsome Mongolian warrior of the 13th century, may have done more than rule the largest empire in the world, he may have helped populate it too.  A recent study found that nearly 8 percent of the men living in the region of the former Mongol empire carry Y-chromosomes that are nearly identical.  That translates to 0.5 percent of the male population in the world, or roughly 16 million descendants living today.  Scientists think that the unique set of circumstances surrounding the establishment of the Mongol empire led to the spread, being a clear example of how culture plays a very big role in patterns of genetic variation and diversity in human populations.

Back in these times harems and concubines were the norm and after a conquest, looting, pillaging, and rape were the spoils of war for all soldiers.  Khan’s eldest son, Tushi, is reported to have had 40 sons. During Khans reign he always got first pick of the beautiful women.  His grandson, Kubilai Khan, who established the Yuan Dynasty in China, had 22 legitimate sons, and was reported to have added 30 virgins to his harem each year.  Genghis Khan chose his women after every conquest and he liked them with small noses, rounded hips, long silky hair, red lips and melodious voices.  He carefully measured their beauty and if he rated them below a certain number, they were sent to the tents of his officers.  He is known to have said, “The greatest pleasure is to vanquish your enemies and chase them before you, to rob them of their wealth and see those dear to them bathed in tears, to ride their horses and clasp to your bosom their wives and daughters.”

Mongolia is one of the last places on the planet that still has a society made up of nomads.  A Mongolian ger is a portable, round tent covered with skins or felt and used as a dwelling by nomads in the steppes of Central Asia.  Mongolians were known to strap their ger to their trusty horse or camel and ride off to follow their grazing livestock to the next hidden valley of wild grasses.  Mongolia has grueling winters, with temperatures plummeting well below -45°C, so Mongolians must keep a constant fire going in their ger stoves to survive the winter.  With all that open grassland, slow-burning fuel can be hard to come by. When wood and coal aren’t readily available, Mongols keep their ger toasty warm by collecting the dry dung from their livestock.  Mongolians needed to be able to start a bonafide poop fire, thus they were required to understand how to collect the best doodoo.

Written for Linda G. Hill’s September 30, 2017 Stream of Consciousness Saturday, which is being hosted by Dan Antion today because Linda is on a book-signing tour.  The prompt is Due/Dewy/Doodoo.

12 thoughts on “It is All Relative”