Homonyms can be confusing words and the pair of words birth and berth are a special type of homonym called a homophone, where two words have the same pronunciation, but they are spelled differently.  The words birth and berth are easily overlooked when you are proofreading, because their spellings differ by just one letter and this mistake will probably get by most Spell Checkers.  The pair of words “flower” and “flour” are also homophones, because they are pronounced the same, but you can’t bake a cake out of daffodils.  A woman gave birth in the ship’s berth, as it was docked in the harbor berth and then she named her baby Bert.  Both words birth and berth may be used as a noun or a verb, but the word birth may also be used as an adjective.

A berth is  the place where a boat or a ship moors such as the allotted place at a wharf or dock, or a fixed sleeping place like a bed or bunk usually aboard a ship or train or some other means of transport, or a position in a sporting event or sporting organization, or a job, position, place, listing, or role that is an especially enjoyable.  Berth related terms are berths, berthed, berthing.  Birth is the act of bearing the young like the arrival of a baby (the emergence of an infant from its mother’s body), or the fact of having been born, the start of life as a physically separate being, possessing ancestry, or the beginning of something.  Birth related words are births, birthed, birthing and birthday.  As a verb, berth means to bring something (usually a ship) into a place where it can stay.  As a verb, birth means to be born or to give rise to something.

Let’s make some sentences, to help us understand these words better.  The captain had to berth the ship without the aid of tugboats.  I just got a luxury berth on the Orient Express and if I end up getting murdered, I hope that detective Hercule Poirot is able to solve the mystery.  She won her third match and she clinched a berth on our tennis team.  Being the cabin of a ship is a cozy berth.  A common idiom, ‘to give a wide berth to’, refers to shunning away from or keeping or remaining discreetly positioned from, so you are able to avoid someone or something.  You would give someone a Wide Berth to keep well away from them.  The baby weighed six pounds at birth.  There were five births at the hospital yesterday.  He has been blind from birth.  We studied the birth of capitalism in civics last week.  Fandango is of noble birth. 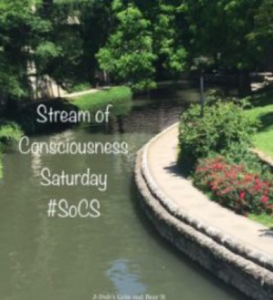 Written for today’s Stream of Consciousness Saturday prompt from Linda G. Hill.  Writers are supposed to write something using either of the prompt words ‘birth’ or ‘berth’.